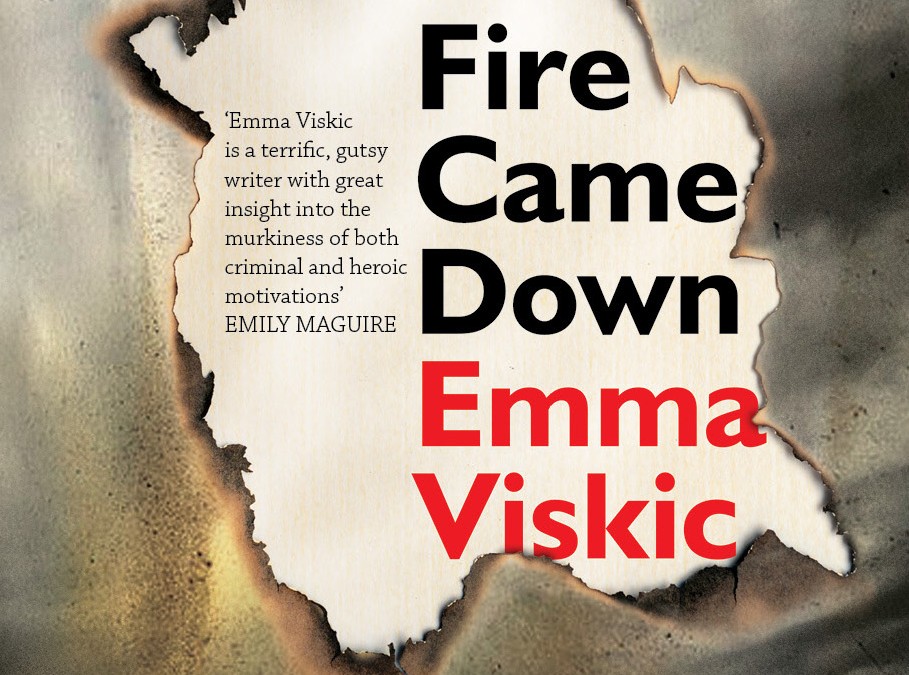 Echo Publishing was initially formed in 1991. Since then, they have become a quality publisher in Australia, operating with a focus on producing interesting and unique stories by diverse voices. In 2015, Echo received it’s own identity and a mission to “expand its horizons.” This included launching a crime fiction list that includes the Dr Elizabeth Pimms series by LJM Owen. Echo’s list features both Australian and International authors, but they state 90% of their titles are by Australian authors.

Echo’s logo is the lyrebird – an animal that is famous for its ability to mimic and share calls, and is known as the ‘storyteller’ in Aboriginal mythology. Echo is a sister company to Five Mile under the Bonnier Publishing Australia banner, and operates as an agile, people-orientated independent Australian publisher while enjoying the support of a global network.

Echo publishing publishes the following genres: General Fiction, Crime Fiction, True Crime, General Non-Fiction, History, Biography, Sport and Music. Of these genres, the flagship genre, crime, seems to have the longest list. Their most recent books by Australian Women Writers are Emma Viskic’s AND FIRE CAME DOWN, Claire Halliday’s THINGS MY FATHER TAUGHT ME, Jo Stanley’s PLAY LIKE A GIRL series, EYES TOO DRY by Alice Chipkin and Jessica (Tava) Tavassoli, and NO GOING BACK by Lisa Kennedy.  They accept and are looking for submissions in the following categories: true crime, memoirs, biographies, essays or collections on a theme, Australian social and military history, Australiana, sport, photographic books, graphic novels /memoirs, and fiction. With fiction, they are looking for compelling stories in a range of genres, with a preference for works in commercial genres such as crime, romance, personal growth, historical, and new adult. Their sales and distribution are operated through Five Mile Press, and I was lucky enough to find both the Elizabeth Pimms books in my local bookstore, a place I have come to rely on as a stockist of large and small press books from around the world.

The following Echo books have been reviewed for the Australian Women Writer’s Challenge:

Momo Freaks Out by Samone Bos – non-fiction, reviewed by Jo @ Booklover Book Reviews on the 25th of April, 2017 Ghost Girls by Cath Ferla, a mystery novel, was reviewed seven times last year: Christine Sun on the 2nd of September, 2016, Carol @ Reading, Writing and Riesling reviewed in May of the same year. April 2016 saw two reviews for this book from Carolyn and Bernadette (Reactions to Reading.) Karen Chisholm and Elizabeth Lhuede reviewed it in March 2016, and in February of last year, Jo @ Booklover Book Reviews reviewed it, making it one of the most reviewed Echo Books publications so far.

The Sting: The Undercover Operation That Caught Daniel Morcombe’s Killer in non-fiction was reviewed three times over the past three years: Tracey Capre Librum in 2015, Amanda @ Mrs B’s Book Reviews in 2017 and by Carol @ Reading, Writing and Riesling in 2016.

Look What You Made Me Do: Fathers That Kill by Megan Norris received two reviews in 2016 – both from Carol @ Reading, Writing and Riesling, and in 2017 from Bernadette (Reactions to Reading).

Olmec Obituary by L.J.M Owen has received seven reviews over the years: four in 2017 from Anna Greenwood, Rosalie Knox, Elizabeth Jane Corbett and Brenda, one in 2016 from Jennifer Cameron-Smith and two in 2015 from Tracey Carpe Librum and Jo @ Booklover Book Reviews. The follow-up novel, Mayan Mendacity, has received three reviews over the past two years from Isobel Blackthorn in 2017 and Brenda and Jennifer Cameron-Smith in 2016. This series is on my to be read pile, which I hope to read soon before any more books come out.

Le Chateau by Sarah Ridout was reviewed once in 2016 by Jo @Booklover Book Reviews, and three times in 2017 by Theresa Smith Writes, Sally Piper and Kali Napier. Finally, in what appears to be the most reviewed Echo author, are two books by Emma Viskic, earning her eighteen reviews over the past few years – thirteen for Resurrection Bay and five for And Fire Came Down. In 2017, Carolyn Scott, M.T. Ellis, Sarah Ridout, and Nadia L King, and in 2016, Anna, Emily Paul a.k.a The Incredible Rambling Emily, Brenda, calzean, and Bernadette (Reactions to Reading). And in 2015, Carol @ Reading, Writing and Riesling reviewed it twice, along with Karen Chisholm and Jo @ Booklover Book Reviews. Emma Viskic’s latest novel has been reviewed by five reviewers this year: Cass Moriarty, Karen Chisholm, Jo @ Booklover Book Reviews, Debbish and Brenda. Emma Viskic won the 2016 Ned Kelly Award for Best First Fiction, for her debut novel, Resurrection Bay, and has three Davitt awards: Best Adult Novel, Best Debut and Reader’s Choice. She has also won the Ned Kelly and Thunderbolt Awards for her short form fiction.

Echo Publishing is one that appears to take chances on lesser known authors, and allows them to flourish in a way that other avenues of publishing might not. In promoting lesser known authors and publishing their works, Echo is contributing to the important bibliographic cultural identity of Australia, and adding to the Australian voices from all walks of life that every Australian publisher aims to promote and nurture. Echo seems committed to promoting new and emerging authors in Australia, and their list looked to be about fifty-fifty in terms of gender diversity, with some genres dominated by men or women, with others, such as crime, appearing to have an almost equal divide.

Future releases written by Australian women writers and published by Echo to look out for include:

About Ashleigh: I’m a book reviewer, student, aspiring author and hopeful editor living on the Central Coast, NSW. I blog at The Book Muse and can be found on Twitter @TheBookMuse1.