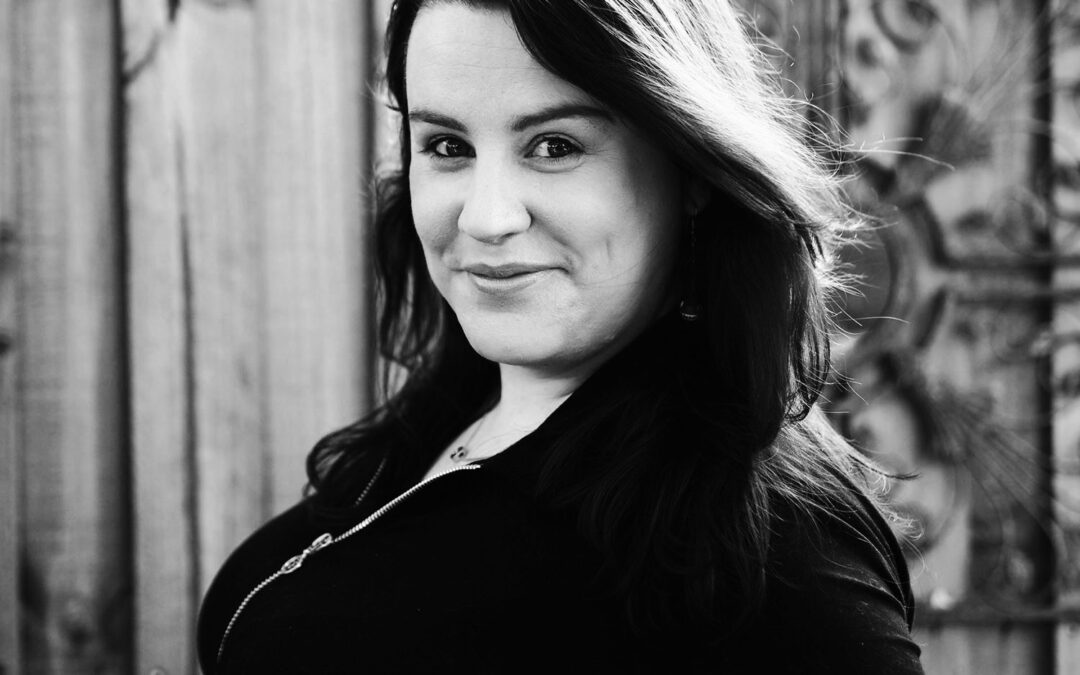 Following on from Tsana Dolichva’s wonderful post on Defying Doomsday, we are very happy to feature a guest post from Anna Spargo-Ryan, a Melbourne-based author of The Gulf and The Paper House. Anna is also the winner of the 2016 Horne Prize for her essay “The Suicide Gene” and her writing on brains, love, and life has appeared in Meanjin, The Big Issue, The Lifted Brow, The Guardian, and many other places. In her beautiful guest post, she describes the indivisibility of writing, self, and mental illness.

I’m 35, so I grew up during a time when we were just beginning to think about mental disorders in a constructive way. In the 90s, when I was diagnosed with depression and anxiety, one of the things psychologists taught was ‘you are not your mental illness’. I was encouraged to separate myself from the illness, to think of it as one part of my whole complex self. My illness wasn’t all of me. There was a hidden, ‘normal’ version of me underneath, waiting to come out.

I spent a lot of time looking for that person. I was dismayed when I couldn’t find her, when she hadn’t emerged after sixteen different mindfulness apps and thousands of dollars in therapy. I thought I had to get rid of the outside layer. You know, to be anything. To be a writer.

There are many beautiful memoirs with a focus on mental health. This year, Jessica Friedmann’s Things that Helped covers that territory with poise and poetry. Kate Richards’ Madness, from 2013, is spectacular in its commentary of psychosis, something I live with every day. All kinds of people write in wrenching, distressing, stunning ways about what goes on in their brains. And each of them speak to feelings that are universal. Losing control. Despair. Hopelessness.

Being a person trapped inside another, worse person.

In recent years, there has been a shift in the way we present chronic or treatment-resistent mental illness. Instead of trying to extract this unknown entity, we have started to talk about our ‘selves’ as including it. I’m a student. I have an anxiety disorder. I’m a Geelong Cats supporter. Sometimes I stand outside and shout at the sky. I love to read. I’m chronically depressed. I’m a writer. I’m all of these things and they extend to every part of me. I can’t rope off the bits I don’t like.

And so, even when I’m not writing about mental illness, my illness is in there.

Although I write a lot of non-fiction about my own mental health, and the state of mental health care in Australia, it’s the way it manifests in fiction that I find especially interesting. Lots of fiction writers talk about the dissociative state they enter when they’re writing – being outside of their body, or letting the writing flow through them, or in some other way disconnecting from this reality to access a different one.

Dissociation is also a common symptom of anxiety, especially in people who’ve experienced trauma – your brain takes you outside of a situation to “protect” you. It’s horrific. It’s like watching a movie you forgot you were in. It’s like pulling out your intestines and shoving them into someone else. Being separated from myself is the scariest thing I ever do. And yet: when I’m writing literary fabulism, which is my very favourite thing of all, I dissociate on purpose. Temporarily, I hope. I have to, to access the parts of my brain where the writing lives. Maybe no differently from the way any writer does it, but with the extra concern of ‘will I ever come back?’ or ‘will I have to go to hospital after this?’ Part of me wonders if the frequent dissociation from my anxiety hasn’t been a kind of practise for it.

I’m not looking anymore for the hidden, better version of myself but instead for all the other people I can push my intestines into.

I’ve been afraid to seek the right care because I worried I would ‘lose’ the writing part of me, or that being well would change my writing. With all we know about the pervasiveness of mental illness, there’s still this same old tendency to revere the poet with her head in an oven, to believe the only way to really write is to suffer for it. To misattribute Hemingway, ‘Writing is easy; you just open a vein and bleed.’ He shot himself in the face. We still glorify the tortured artist, even to own sad selves.

There is no ‘better’ version of me waiting to reveal herself. I’m not less of a writer because I seek treatment. I am my mental illnesses, and I’m all these other things besides.