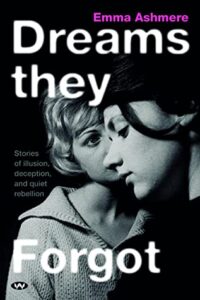 Spring has sprung down-under with a wonderful – and much appreciated display of wildflowers and colourful crops (not to mention some colourful weeds too!) We have continued reading, though perhaps not quite as much as we did over winter.

Our September count of 42 reviews is ten less than last month, but the same as last September. Here are the highlights:

No classics were reviewed in September, which is a shame, but, c’est la vie! Worse things are happening, eh?

I haven’t featured historical fiction since July 2019, so, with the announcement of the longlist for the new ARA Historical Novel Prize, I figured it was time to focus on this genre again. Fifteen historical novels were tagged as literary in September. That’s 35% of this month’s reviews, making it clearly popular with our contributors. All but one were published between 2018 and 2020.

Seven, or, nearly half of the reviews, were tagged “indigenous issues” and/or “indigenous authors”. Those by Indigenous authors are Julia Janson’s Benevolence, Nardi Simpson’s Song of the crocodile and Tara June Winch’s Miles Franklin awardwinning The yield. Denise Newton reviewed Janson’s Benevolence. It’s told from the perspective of a young woman from the Darug Nation, beginning in 1816. Muraging’s father takes her to live at the Governor Macquarie-established Parramatta Native Institution, whose aim was, as Denise writes,

to educate Aboriginal children in the language and ways of the English. Muraging’s father takes her there in the hope that if his daughter can learn to understand the settlers’ ways, she may be able to help her people. He promises to return for her.

Denise thought it a little disjointed, but perhaps she said this reflects Muraging’s life. She found the book “especially engrossing to read about the Darug experience in the region where I grew up and was educated, because I’d learnt nothing back then about the area’s first inhabitants”.

A racist, bigoted, sexist country town that pays homage to its original settlers while ignoring the original inhabitants who are shunted to live in a fringe community.

Jennifer approved this novel saying that

In this beautifully written story, with descriptions of land and the importance of connection, Ms Simpson explores what happens when connectedness is disrupted.

Other historical novels reviewed this month were Emma Ashmere’s short story collection, Dreams they forgot; Alison Booth’s The philosopher’s daughter; Anna Goldsworthy’s Melting moments; Kate Grenville’s A room made of leaves; Rosalie Ham’s Dressmaker’s secret; Kristina Olsson’s Shell; Holly Ringland’s The lost flowers of Alice Hart; and Mirandi Riwoe’s Stone sky, gold mountain. All are set in Australia, ranging from 19th century outback stories, through World War 2, to the building of the Sydney Harbour Bridge in the 1960s. To find reviews of these books, please use the Books Reviewed link at the top of the page.

This new prize celebrating historical fiction will give the winner $50,000. Five of the 8-title shortlist are by women:

All but Brown’s book have been reviewed for the challenge, with three – Riwoe, Williams and Winch – reviewed this month. I’ll just share a quote from Calzean on Riwoe’s Stone sky gold mountain:

The author seems to have a thing about depicting minorities in a place that doesn’t want them. In her latest book, Riwoe gives us two Chinese siblings in a far north Queensland gold town sometime in the mid to late 1800s. Life is tough with white racism, Chinese gangs, slim pickings, lure of opium and gambling, heat, poor food and no friends.

This biennial award is for “the best novel written by an Australian author that depicts women and girls in a positive way or otherwise empowers the status of women and girls in society”. Four of the 5-tilte shortlist are by women:

All have been reviewed for the challenge, but only Winch’s this month. Reviewer Kim (Reading Matters) loved it, saying that “reading this novel was a truly immersive experience in a way I have rarely known”.

Created in 2012, this prize celebrates short novels. There were two winners this year, one being Lana Guineay’s Dark wave. It has not yet been reviewed for the challenge! You know what to do!

This prize for “the best novel from the previous year” is managed by the Australian University Heads of English. Five of this year’s 10-title longlist are by women:

All have been reviewed for the challenge, with The trespassers and The yield reviewed in September. Jackie McMillan reviewed Mundell’s The trespassers which, being about the plague, made it unexpectedly apposite. Jackie writes:

While the start of the novel is taut and compelling, it peters away at the rear, which in part is because the key characters are in indefinite offshore detention. It’s worth a look anyway, because the echos of COVID-19 are hard to ignore …