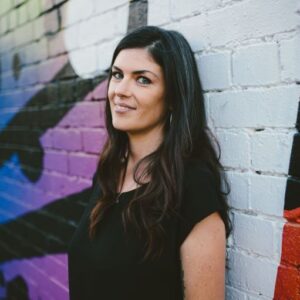 Stacey is a literature honours student at the University of Melbourne, writing a thesis on 19th-century women in domestic service as depicted by Australian colonial women writers.

Writing a literature thesis can be a daunting task – and even after a topic has been narrowed down, the sheer volume of literature you are standing on the brink of can still be utterly overwhelming. Where does one start? And more importantly: where out there in the big wide haystack are these needles you need?

You can imagine my surprise when, with the idea of researching the earliest Australian women writers firmly under my belt, I found the online story archive here at the Australian Women Writer’s Challenge site. I almost couldn’t believe it – not only was there a helpful, exhaustive list of female Australian writers, but they were in chronological order and had a direct link to their works (where available). No trawling my way through Trove for a 22-part serialised story! No Googling for an author’s bibliography! No schlepping to the library for a hard copy! It’s all free, and right here on my kitchen table alongside my cup of tea and toast. Digging through the early archive felt scandalous, like I’d barged my way to the front of a queue for a feast laboriously put together over hundreds of hours by passionate volunteers. I was the blister, showing up when all the hard work was already done, and reaping the reward.

The archive has provided many hours of fascinating reading on top of its use as such a valuable database of historical information. In between finding fiction works relevant to my thesis, I’ve dipped into poetry, essays, and what seems like endless 1800s advertising for everything from miracle medical offerings to tips for silky hair. There are pieces for children, short stories for Christmas, and a rich glimpse into the foreign country that is the past; they do things differently there.

As a scholar, this meticulous archive is invaluable. My list of necessities was tight: Australian colonial writers, female, writing about women in the Australian home (novel or short story only), in the time period prior to 1860. I had my shovel and was ready to dig. Instead I glided elegantly, a la Stephen Bradbury, right to the finish line and picked my way over the choice buffet.

Was I wondering if Mary Bailey’s 1845 “The Butterfly” was a short story that might be useful? Nope! It says right there it’s a poem. I skate on, past other ladies, other stories, right into the arms of Mary Theresa Vidal’s “The Convict Laundress“. Bingo. And so on, and so forth.

How much time I’ve saved, how much heartache, I couldn’t say. The archive was solely responsible for helping me find the women I could focus on for my research proposal, when I didn’t know my Atkinsons from my Handel Richardsons, and was a welcome friend when my thesis was changed at the last minute, requiring me to widen my scope.

Where possible, there are author bios which help tremendously (if the authors lived mostly in Australia, if they moved away, if they wrote non-fiction that would help provide context, and if they were featured elsewhere), and a list of various pen names the writers would often be featured under. The biographical entry for Emily Russell reads as follows:

While Ellen Liston’s obituary is quoted in full:

Death of Miss Liston.—Very sincere regret will be felt by many of our readers at the death of Miss Ellen Liston at Marrabel. Miss Liston was a lady of great literary talent, whose writings have been for many years a source of great enjoyment to the readers of the weekly newspapers. For the past two or three years failing health prevented Miss Liston engaging in the literary work which she loved so well, but the charm of the tales and verse which have appeared under the signature of “Ellie L.” will be long re-membered. Miss Liston began her literary career by contributing to the weekly paper published in Adelaide by the late Mr. Sinnett, but for the past twenty years most of her contributions have appeared in the Adelaide Observer. Her novel “The Stauntons” will still be remembered by many of our readers, but “Auckland Marston” will be more familiar to residents in the colony of Victoria, where it was published. Besides these novels Miss Liston wrote many small poems and a number of short stories, which have appeared in the Observer often at Christmastime. Among the latter those which will be most readily remembered are some of the more recent ones—”Tread upon Roses, but Forget Me Not,” “Doctor,” “Our Domestic Helps,” and “Our Baggage Mule.” Miss Liston has left an unpublished novel, “The Kessons.” Miss Liston was formerly in the Education Department, but failing health compelled her to abandon the arduous duty of teaching, and for several years and until her death she occupied the position of mistress of the Post and Telegraph Office at Marrabel. The deceased lady was a sister of Messrs. Henry Liston of Adelaide, W. Liston of Kapunda, and D. Liston of Port Adelaide. (Adelaide Observer 29 Aug 1885)

Elsewhere there are remarks on the condition of scans and the readability of texts, directions to where links were housed (Trove, or the Australian Newspaper Fiction Database, for example), and occasionally an exegesis of sorts, which helped me tremendously in locating works that featured the home. A couple of the entries for Ethel Mills in particular caught my attention:

—–. In Death’s Disguise (12 Feb 1898; shipboard, Sydney and “western station” setting; a middle-aged widow marries a man 20 years her junior before they take a “descendant of Becky Sharp” into their home)
—–. Beauty and the Beast (8 Jan 1898; romance; a girl overcomes her distaste and a station owner’s wife is disappointed)

These entries made me laugh!

Of course, the archive is a work in progress, and there is room for improvement. More author entries could be added, and I’d like to see the biographies expanded, too, as well as a more modern-looking layout. But I know it’s a labour of love and, honestly, I’m grateful it’s as comprehensive as it is.

I am glad the Australian Women Writers Challenge is featuring early Australian women writers this year, because it really is such a gripping, illuminating area – and not only for literary or history buffs. The works usually follow the Victorian-era trend for realism, and efforts to capture the essence of the everyday interactions of this roiling early colonial period are so vibrant. We are truly spoiled for choice. Happy reading!

The archives may be accessed from the top menu and are sorted by decade and author.

Stacey Roberts graduated with a Bachelor of Journalism, and was a freelance writer and blogger for a decade before completing a Graduate Diploma in English and Theatre Studies. She blogs at allforbiblichor.wordpress.com. She will be contributing a more detailed post about her research later in the year.