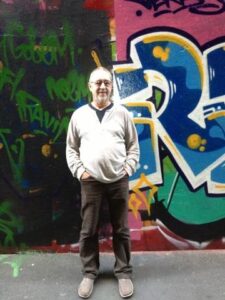 A review of an Ada Cambridge ‘romance’

It’s a tragedy that Australia’s early women writers were denied their place in the canon by the rabid misogyny of the turn of the (C20th) century Bulletin, and by its fellow travellers Colin Roderick and Vance Palmer who dominated what we were allowed to know about Australian literature right up to the 1960s, with the consequence that important writers like Catherine Helen Spence, Catherine Martin, Tasma, Rosa Praed and Ada Cambridge were dismissed as romance writers and remained out of print for up to a century.

As I have written repeatedly, the nationalistic myth of the Lone Hand, fostered by the Bulletin‘s Red Page, and derived from the short stories of Henry Lawson in particular, and the bush ballads of Adam Lindsay Gordon and Banjo Paterson; reinforced by the ANZAC myth-making of CEW Bean and Keith Murdoch; still provides cover today for politicians from Billy Hughes to John Howard dog-whistling about race, war, and men’s interests. But a case can be made for a parallel myth, the Independent Woman, who makes her way without, and often despite, men, in the works of those ‘Gen 1’ women; and in the following generations of Australian women writers – Barbara Baynton, Miles Franklin, Mary Gaunt, Kylie Tennant and Eve Langley, to name just a few.

Cambridge became a perspicacious observer of the manners of Melbourne [post gold rush] middle-class society and applied a gentle wit and a mild irony to its pretensions and hypocrisies. Rosa Campbell-Praed discarded any pretensions to critical accolades and created superb if implausible heroines… A revealing feature of her writings was her proclivity for having her female characters dispense with weak, cowardly or uninteresting men and take up, legally or otherwise, with more exciting characters.

Spence, writing in the 1850s, like Charlotte Bronte writing at the same time – and with whom she deserves to be compared – believed that young middle class women should be able to support themselves, before they began looking around for a husband (see for instance my reviews of Spences’ Clara Morison and Bronte’s The Professor). Praed, who dispensed with her own unsatisfactory husband, promotes that option, as Summers says, for all women. Ada Cambrige (1844-1926), married to a C of E vicar, in rural Victoria and then at Williamstown (in Melbourne), was more circumspect – though in one of her later novels, Sisters (1904) none of the marriages is happy, and the unhappiest is that of Mary who marries a vicar out of desperation.

The revival in our understanding of early Australian women’s writing began with Dale Spender’s Writing a New World (1988) and with her becoming responsible for the republication of a number of titles under the Pandora and Penguin Australian Women’s Library imprints (with Series Editor Susan Hawthorne). In the Introduction to the Penguin edition of Cambridge’s Sisters, Nancy Cato writes, “some of her ideas were considered daring and even a little improper for a clergyman’s wife. She touches on extramarital affairs and the physical bondage of wives.”

Ada Cambridge wrote 27 novels plus short stories and poetry. Her first Australian novel, Up the Murray (1875), like quite a number of the others, was published only as a newspaper serial. In research for this review I discovered that Amazon have an annotated ‘Complete’ Works (for $4.05 – I’ve had my problems with Amazon and I’m wary of buying it, much as I’d like to). The name of the editor/annotator is not stated.

A Mere Chance (1880) is a relatively early work. I’m not aware of it being republished – though it’s included in Amazon’s Complete Works – and the copy I read was on Project Gutenberg, over three volumes. It begins …

A few years ago there was a young débutante in Melbourne whose name was Rachel Fetherstonhaugh. She had risen upon the social horizon suddenly, like a new star—or, one might almost say, like a comet, so unusually bright was she, and so much talked about; and no one quite knew where she had come from. Mrs. Hardy had introduced her as her niece—everyone knew that—but there were sceptics who, having never heard of female relatives previously (except the three daughters, who had married so well), declared that she might be “anybody,” picked up merely for matchmaking purposes—it being well understood that Mrs. Hardy had for an unknown period sustained life, figuratively speaking, upon the stimulus of matrimonial intrigues, and had now no more daughters to provide for…

Her father had been Mrs. Hardy’s brother—a good-for-nothing, unlucky brother, whose clever brains could do anything but earn money, and whose pockets could no more hold it than a sieve could hold water … This man had married a girl without a penny, as such a man was certain to do; and his wife had left him a widower, with an only child, a few years afterwards. Since then, for fifteen years, he had rambled about from place to place, seeking his fortune in all kinds of visionary and impracticable schemes, whose collapse one after the other, never deterred him from fresh enterprises, until a sunstroke closed the list of his life’s many failures at the early age of forty-five.

The settings for the novel are Toorak, then and still Melbourne’s most expensive suburb, a couple of miles southeast of the CBD, and a station (large grazing estate), Adelonga somewhere in Victoria (the nearest town is accessible by rail). Cambridge had landed in Melbourne with her then new husband, the Rev. Cross in 1870. He had been assigned a number of country parishes, and by 1877 they were at Coleraine, in the south west of the state. The Western District still has quite a number of notable estates – Nareen for instance, which belonged to Malcolm Fraser, is just 20 miles north of Coleraine – so Adelonga is probably modelled on one of those.

The house at Adelonga, and life there, are pretty closely described, and so are the streets of Toorak and Melbourne. Cambridge, still a newcomer, must have been pretty observant.

Rachel, who has never been ‘in society’ before, has no idea of the impression she is making, but she soon gives in to the importuning of a rich, ‘aged’ bachelor, Mr Kingston and agrees to be his fiancee, with the proviso that the marriage will be some years in the future. She then goes off with Mrs Hardy to spend some months at Adelonga, where her cousin Lucilla is about to have her first baby.

At Adelonga she meets the ne’er-do-weel (of course) Roden Dalrymple, who it is said has killed a man in a duel over a woman, and who after knocking around the world for a number of years, has taken up a ‘run’ in Queensland, but without the money to stock it

“There’s no doubt that he is rather a bad lot—what you would call a black sheep, you know, my dear—not the sort of man that it is desirable to be very intimate with.”
Rachel blushed one of her ready blushes, and with such suddenness and vigour that Mr. Thornley feared he had accidentally made equivocal suggestions.
“I don’t mean that he is not a gentleman—a thoroughly honourable gentleman,” he explained hastily.

And so, Cambridge makes clear, Rachel is soon in love.

Over the course of the second and third volumes we deal with the consequences of the resulting ‘eternal’ triangle. Kingston of course is jealous. Rachel, who is never sly, defers then breaks their engagement. Dalrymple proposes, then is inexplicably absent. Rachel’s older cousin expounds the advantages of marrying ‘well’, of doing one’s duty, of keeping one’s husband well in hand; and Rachel is worn down to re-accepting Kingston, who loses no time, this time, in marrying her.

And so she enters into prosperous, matronly life.

There’s more, of course, but we’ll leave it there. Cambridge here is cynical about marriage, or about the usual run of marriages, without being outright opposed. There is little suggestion that Rachel should find work, as a governess, say, as Spence may have proposed; or that she should have affairs, which her cousin implies, and which Praed’s heroines at least keep as an option.

Yes, to get back to the Bulletin, it’s a story – an interesting and well told story – about women’s relationships, but why that should make it less literary, or less Australian, than less well written stories by men about bush lives they’ve mostly never lived, I have never been sure.