Giving up the secrets of the bush: Rosa Praed’s Outlaw and Lawmaker 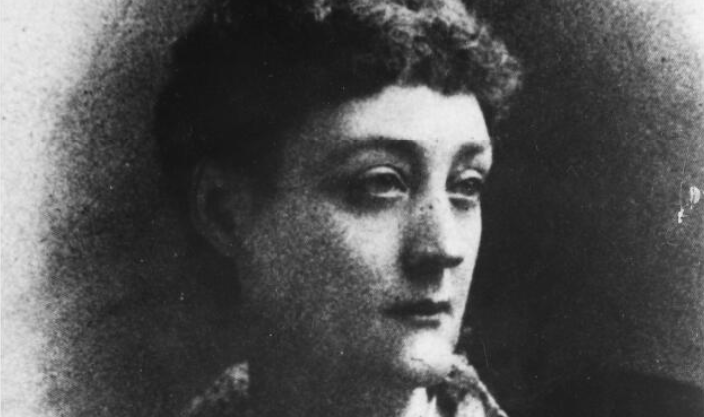 Next in our classic author series, doctoral candidate Narelle Ontivero discusses the work and life of Rosa Praed. Born on 27 March in 1851, Rosa Praed lived her formative years in the country town of Bromelton, Queensland. In her autobiographical work, My Australian Girlhood (1902), she wastes no time in asserting the native landscape of Australia as the first and primary source for all her literary vigour.  Praed writes of the bush as an “old friend”, the “Young-Old Land”, her earliest “Nurse” and as a “vivid world of untrodden pastures and lonely forests” – a place replete with, if not made of, mysteries, spirits, and the unspeakable (Praed, 1902: 309, 315). As scholar Andrew McCann explains, the brilliance in Praed’s literary, gothic style lies in the way she used the natural landscape not merely as a setting “but as a source of aesthetic,” and transcendent, “experience” (2005: 37). Praed’s spiritual affinity to the bush is present in her many Australian sketches including Outlaw and Lawmaker (1893), the nineteenth novel in her oeuvre. The text follows the romance between a reckless Australian maiden, Elsie Valliant, and a brash Irish Radical turned Australian bushranger, Morres Blake – alias, Moonlight – in the untamed wilds of Leichardt’s Land, a fictional area of Queensland. The novel begins with an eerie description of the area and, though the narrator assures the reader that, “Anyone who has travelled through Australia will identify the Leichhardt’s Land of these pages,” local Indigenous lore immediately displaces any presumptuous familiarity. Mount Luya is not merely coated in impenetrable scrub with, “grey desolate crags and mysterious fissures”, but is the host of a spiritual realm that, “might well represent the lair of Demons or the abode of Gods”. It is a world of secrets that the Anglo-Australian population, like the novel’s primarily British readership, found difficult to comprehend (Praed, 1902: 1-2; Lamond, 2007: 121).

Secrecy and duplicity are central motifs in Praed’s novel. Morres Blake, the last baron of Coola, escapes political assassination by migrating to Australia with his friend, Dominic Trant. In the colonies, he leads a double life as a Colonial Secretary and the infamous bushranger, Moonlight. Dominic, for all his apparent loyalty to Morres, kidnaps his lover Elsie, steals the loot, and exposes Morres/Moonlight to the authorities. Another sub-plot involves Elsie’s brother-in-law, Lord Horace Gage, who dies by snake-bite while entertaining an illicit afternoon with Mrs Allanby. In his last moments, his “glazed eyes fastened themselves on his sister beseechingly, and wandered from her to Mrs Allanby. ‘Don’t let Ina [Horace’s wife] know,’” he pleads and says no more (Praed, 1893: 267). The unspeakability of adultery between Lord Horace Gage and Mrs Allanby, even through dialogue during this tragic event, complements the blanketing effect of the landscape: the gorge swallows up the secret as it will swallow up Lord Horace in time.

But it is not only the men who live a double life. Like other ‘settler’ romance fictions of the nineteenth century, Praed’s Outlaw and Lawmaker explores the intricacies of emerging Australian colonial life in light of the many questions concerning women’s rights, roles and positions in the new world. Elsie’s primary concern in the novel is marriage, or at least the postponement of an unsuitable one. She laments to her sister, “‘If we had been ugly there wouldn’t have been so much to bother about this marrying business.’” Instead, they could have lived independently as governesses and needlewomen. Yet, “’As it is there’s nothing else for [them] to do’” in the way of making a living while maintaining their reputations, and so they are compelled to seek a fortune through marriage (Praed, 1893: 42).

In this condition, the sisters are always skimming the border of destitution. Indeed, the narrator makes no secret of the fact that the Valliant sisters “were terribly poor”, and thus, induced to lead a double life (Praed, 1893: 121). Behind closed doors, the women work tirelessly to make ends meet and to keep up the appearance of upper-middle-class ladies at public functions, ceremonies and receptions (Praed, 1893: 121). Only Elsie and her sister, Ina, knew how they would,

toil in the mornings to get their house work done to have the afternoons free for their visitors and for their flirtations, and how late they would sit up at nights to make the pretty, simple dresses which Elsie and Ina wore at the balls and garden parties (Praed, 1893: 121).

And to make matters worse, Ina married Lord Horace yet finds her financial situation unimproved. The extensive discussion of marriage throughout the text also speaks to the uncanny position of the nineteenth-century female reading Outlaw and Lawmaker in its serialised form in 1893. The reader could relate wholeheartedly to the unnatural plight of women compelled by the patriarchal systems of the time to use marriage as a means of financial stability. At the same time, it is possible the nineteenth-century reader could not entirely grasp the less dramatic elements of the story embedded between robbery, adultery, ghosts, Colonial politics, and the use of Indigenous Australian words in the colonial vernacular (Lamond, 2007: 125).

Perhaps the secrecy and duplicity within the novel parallel Praed’s bush experience of the mysteries of the land. Indeed, the colonial authoress admits she often dreamed of regaining the precious memories of her bush childhood, of which scenes only appeared to her in apparitions (Praed, 1902: 309). Her autobiography reveals that memories of her childhood spent happily alongside her mother (who died prematurely in 1868), and exploring the contents of her grandmother’s keepsake box, had to reconcile with the onerous reality of living through the Myall Creek wars between the squatters and Indigenous population. Praed was haunted by the stories of the wars and by her own family’s involvement. After taking a dose of opium, she finally recalls the suppressed memory of her mother calling her father back “when he was out with the squatters taking vengeance on the Blacks after the Frazer murder” (Praed, 1902: 342).

It was only after migrating to England with her husband, Arthur Campbell Mackworth Praed, in 1876 that Praed began writing fiction. Over the course of thirty years, she contributed forty novels and thirty-seven short stories. The reproduction of Praed’s novel, The Bond of Wedlock (1887), in London’s West End the following year as Ariane is a small indication of the extent of her contemporary celebrity and appeal. Overall, Praed’s vivacious, unapologetic tales of women, who forged their way through Australia’s harsh landscape, as well as through Victorian systems of patriarchy, retain their sagacity for the twenty-first-century audience. In reading her sensation novels, the reader – regardless of century – is transported to a phantasmagorical world of endless time and possibility; a land deserving of praise and fear, and to encounter the spectres of his or her hidden desires.

Outlaw and Lawmaker can be viewed via the Hathi Trust Digital Library here. Project Gutenburg Australia has six of Praed’s novel online:

Many other Praed titles can be found via our AWW texts online 1840-1940 page. About Narelle: Narelle Ontivero is a doctoral candidate at Western Sydney University in the Writing and Society Research Centre. Her current research explores the relationship between space, gender and identity in the works of Tasma, Rosa Praed and Ada Cambridge.