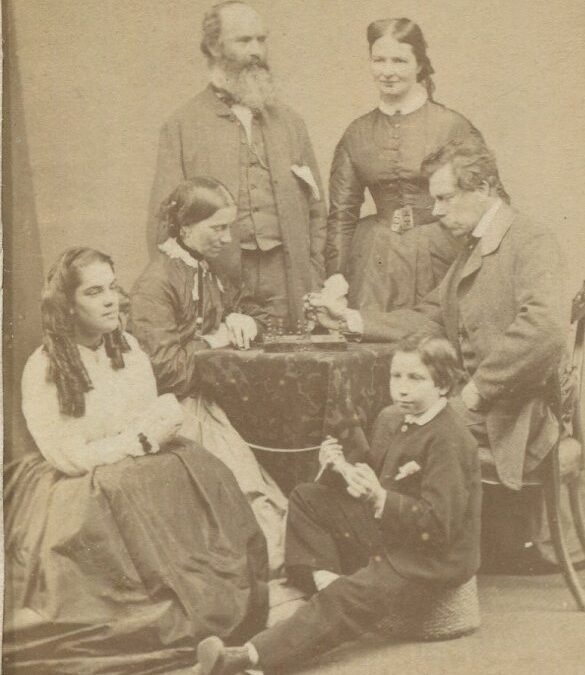 More about the life and literary family of E C Morrice, a rediscovered Australian woman writer.

In identifying E C Morrice as Elizabeth Charlotte Morrice of Browley, Moss Vale, Elizabeth Lhuede has helped pull together the strands of a story that gives context to Morrice’s writing ability.

Charlotte, as she was known in her family, was born in Sydney in March 1851 just two months after her parents Frederick Bingmann and his wife Julie née Duboc arrived in New South Wales from their native Germany. The Bingmanns had sailed for Australia from Hamburg in September, 1850 in company with Frederick’s cousin Henry Bingmann and his family, making the four month voyage as cabin passengers on the ship Australia. In a somewhat complicated family arrangement, Frederick had been married to Charlotte (Lotte) Duboc until divorced in 1846. Lotte then married Henry, and Frederick married Lotte’s younger sister Julie! Clearly, there was no animosity between the two couples who spent the long sea voyage together.

Frederick Bingmann bought and sold land at Kissing Point in Sydney and in Mudgee, before he brought his wife and daughter Charlotte to Sutton Forest where he was Postmaster and Storekeeper from 1858 until 1866. It was here that Charlotte met her future husband, Walter Morrice, the eldest son of pioneer settlers in the district, John and Jane Morrice. The Morrices were an influential family with large landholdings in the area and the two families moved in the same social circles. 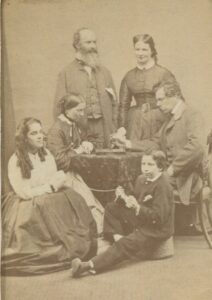 The Bingmanns sold their Sutton Forest property Hoch Heim in 1866 and soon after sailed for Europe. Whether they had intended to return to Germany permanently or were simply touring is not clear but they certainly spent time with the Dubocs in Dresden, the family of Charlotte’s mother Julie. A photograph in the collection of Berrima District Historical Society taken in about 1870 pictures Charlotte with her parents and her uncle and aunt, Charles Edouard and Minna Duboc. Charles, her mother Julie’s elder brother, was a painter and writer who wrote under the pseudonym of Robert Waldmuller. He was one of the best-known writers of intellectual Dresden in the second half of the 19th century. From 1865 to 1903 he was a member of the board of directors of the Dresden branch of the German Schiller Foundation a private foundation supporting writers through grants and prizes that continues to this day.

Charlotte’s literary pedigree does not end there. Julie Bingmann’s younger brother Julius was also an author and philosopher. He spent four years in Australia between 1854 and 1857, an experience he did not enjoy, before returning to Germany to complete his university studies in philosophy. He worked as a journalist and in 1864 became Chief Editor of the National-Zeitung, a national liberal newspaper in Berlin. In the early 1870s he joined his brother Charles in Dresden and devoted the rest of his working life to writing, publishing numerous books and articles on philosophy and topics as diverse as social history, prison reform, women’s rights and racial discrimination and, in later life, poetry and drama. Given the intellectual pursuits of her relatives, it is not surprising that Charlotte found fulfilment in writing. 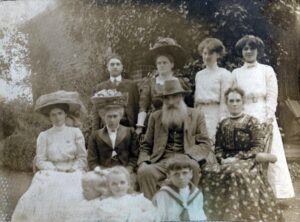 How Charlotte and Walter Morrice came to meet up again in Europe and marry in Switzerland in 1871 remains a mystery, but they returned to Australia and settled on the family property Browley at Moss Vale where all of their nine children were born. Walter was a highly respected pastoralist and sheep-breeder in the district and beyond. Charlotte’s parents followed their daughter back to Australia and lived with her and Walter at Browley until their deaths, Frederick on 26 March, 1888 and Julie on 5 December, 1909.

~
Images supplied by Linda Emery and used with permission